Alfred Raquez and the first audio recordings in Laos

I’m excited that my article on Alfred Raquez’s use of a phonograph in Laos has now been published in the magazine of the City of London Phonograph and Gramophone Society, For the Record, (summer 2016, No. 58). http://www.clpgs.org.uk/our-magazine.html

The article details Raquez’s use of a Pathe phonograph to make (or so the experts I consulted believe to be) the first ever sound recordings in Laos. He would record in the field and claims to have made more than 300 separate cylinders. These were brought to Marseille for the 1906 Colonial Exposition there. After his death there in 1907, they seem to have been lost. If recovered, they would create an amazing record of the sounds of Laos at the turn of the century.

If anyone knows anything about these cylinders from Laos (they would have been recorded in 1905-1905), please contact me.

As noted in previous posts, my scholarly translation, with Paul Bruthiaux, of Raquez’s first book, Au Pays des Pagodes [The Land of Pagodas], will be published this year by NIAS Press. My research into a biography of Raquez continues. 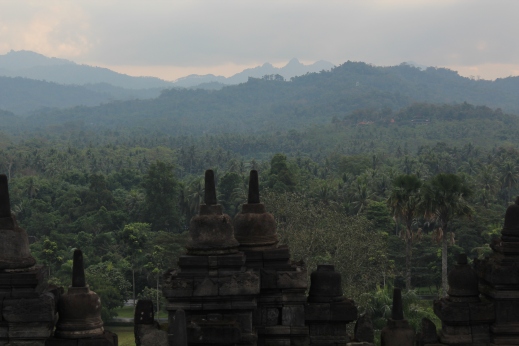 I’ve always enjoyed the freebie rags that appear weekly or bi-weekly in most of the cities where I’ve lived. In LA and Sandy Eggo we had weekly “Readers;” NYC had the New York Press and it’s pompous auntie, the Village Voice. Singapore had a a few weeklies that came and went. I contributed to at least one of these.

Here in Jakarta we have Expat Indonesia. It used to be Expat Jakarta and Expat Bali, but a year or two back they folded into one periodical. The current issue features articles by not one but TWO of my fellow Monsoon Books authors.

Here is the cover story by Tim Hannigan: http://indonesiaexpat.biz/travel/history-culture/the-dawn-of-indonesian-islam/

And here is my interview with Tim from popmatters: http://www.popmatters.com/column/its-in-the-blood-a-conversation-with-history-writer-tim-hannigan/

And Rosie Milne puts in an appearance here: http://indonesiaexpat.biz/travel/history-culture/life-back-then/

Rosie and I presented together at the Singapore Books Festival last year…blog post here. Also check out the interview with me on Rosie’s blog (which people actually apparently read)…here.

And finally, since we dig jazz and art music and world music, there is this amazing column by Terry Collins on how all these genres intersected in an avant garde singer nearly 100 years ago: http://indonesiaexpat.biz/travel/history-culture/influence-javanese-music-on-jazz/

So click those links and support independent writers and publishers…’cause honey, we don’t do this for the money…

As I’m editing and researching footnotes for our upcoming edition of Alfred Raquez’s Au Pays des Pagodes, I came across this amazing piece of music which sounds like Tom Waits banging on church bells after downing three bottles of scotch…

Raquez mentions it in chaper 18, while sleeping next to a horse stable in a small village in Guizhou.