So here’s a fun one. Many years ago, I started a YouTube channel to which I mostly uploaded videos of audio of my vinyl record collection and very occasionally personal projects. I haven’t uploaded anything in years and frankly forgot about it except that every so often someone will comment on a video—”Wow! Thanks, been looking for this!”—which would be emailed to my Google email. In case you don’t know, Google owns Youtube.

About a week ago, I got an email from something called Google AdSense that said they did an internal audit and owe me money. Wary of a scam, I Googled this and figured out that this was a monetization program for Google Youtube…so, not a scam. Turns out, that after about a decade, my Youtube channel had generated revenue and Google wanted to pay me.

The amount is not huge, but also not insignificant: about SG$400, or around US$350. Certainly, worth logging in to retrieve, which I did. Turns out I needed a PIN and Google snail-mailed me a new PIN since I didn’t have the old one. So far, so Google.

I logged in with the PIN then was asked to add my bank details…and now the fun started.

When I hit SAVE an error message popped up that read: “We couldn’t complete this action. Contact us. Learn more. [OR-BAIH-10]. Dismiss.”

The “Learn More” was a hyperlink that takes me to…Google Pay, Google’s money transfer service. Nice fella on their Live Chat function told me he couldn’t help with AdSense issues and sent me a link to the AdSense Help Center.

Despite the injunction in the pop-up error message, I quickly realized that there is literally no way to contact AdSense. No email. No phone. Instead, “Help” is provided by a “community forum.”

Multiple posts to this “community” either garnered no response or useless responses. I noted that people (are they?) who replied to my posts were awarded status levels based on precious metals: gold, silver, bronze, etc. In other words, getting “help” from Google is akin to participating in the Olympics. It’s a global sport in which the spectators are also the athletes. If the warrant underlying that system doesn’t scare you, it should.

A few days later, Google emailed again, via a “noreply” address, to remind me to “take action” so they can pay me. I went through all the steps again…and again had the same result.

I assume that if I can’t figure out the magic formula to unlock Error OR-BAIH-10, Google eventually will consider me either dead or uninterested and will simply absorb the funds it owes me back into its moist money maw.

Searching further for some sort of contact, I found a webpage that said Google AdSense used to have Managers for Accounts, but now uses AI to manage…I guess, everything? Do I get a silver medal for discovering this?

To underscore the situation, mega-corp Google has entered into a financial arrangement with me in which we both profit by advertisements appearing on A/V content that (for the most part) neither of us originated. As due course of this financial arrangement, Google refuses to provide any method to contact them when they owe me money.

Apparently, this is both legal and desirable. The future of frustration. The bold new world AI is going to provide to us peons who are silly enough to trust it.

So…the action I will take is to leave this account open until either I’m paid or Google steals the funds we created together out of a dubious copyright arrangement. Then I will delete my YouTube channel and all other relations I have with the Google ecosystem. That will be difficult since Google has, in many ways, simply become the public space of the Internet. But it’s a step I will take, at least to the greatest extent possible…hopefully after they pay me the four hundred bucks!

My biography of Alfred Raquez is now available from Routledge. Get your copy here: https://www.routledge.com/Alfred-Raquez-and-the-French-Experience-of-the-Far-East-1898-1906/Gibson/p/book/9780367702489

A Study of an Enigmatic Travel Writer and His Work in Colonial Asia during the fin de siècle.

In 1898, a man calling himself Alfred Raquez appeared in Indochina claiming to be a writer travelling the world to escape unfathomable sorrows back home in France. He published thousands of pages of highly detailed travel accounts that open a unique window onto the European presence in the Far East. He travelled far into the Zomia of upland Southeast Asia, a peripheral zone populated by people who lived beyond official state power. Raquez explored the nightlife of Shanghai and operated a popular cabaret in Hanoi. An amateur anthropologist, he helped mount expositions of colonial material in Hanoi and Marseille. Raquez met people in the highest circles of belle époque Indochina, as well as the kings of Annam, Cambodia, Laos and Siam. And yet, despite the charm and the ebullience and the erudition, through all his travels and rising fame, the man kept a secret that was so mortifying that even his closest companions would not learn of it until after his death in 1907. In truth, Alfred Raquez did not exist.

A fascinating read for students and scholars of colonial Southeast Asia, and European colonialism more broadly.

1. Mitchell-Innes and Orts – Who is M. Raquez? – Batavia – King Norodom and Master Léopold – A Water-borne Mirage – Doctor of Law – Slow Boat to China

2. In the Land of Pagodas – Exote Flâneur Punk – The Paris of the Orient – General Chen Jitong – Not a single li is level – The Sounds of Guiyang –Vérascope Richard – Mayflies

5. Famine in Guangxi, Railroads in Guangzhou – Norodom’s Last Bon Om Touk – Salome in Singapore – Chulalongkorn’s Jubilee – Sel Hybat – Is the Emperor Mad? – Even the dead are partying – Farewell to the King of the Khmers – Typhoon

6. Adieu, Hanoi – The Conquest of Hearts – Instructions pour les voyageurs – Postcards and Singing Ghosts – What Day is This? – Sisavang Vong’s Dancing Rats – Everyone wanted to see the King’s funeral pyre

9. Longing for the Past

Both translations of Raquez’s travel books are available from NIAS Press: https://www.niaspress.dk/

Some nice comments about my forthcoming biography of Alfred Raquez from the good folks over at Asian Books Blog!

Don’t miss the thrilling conclusion to Alfred Raquez’s adventure through Laos in 1905 in the final dispatch posted to our Mission Raquez blogsite!

Interview in The Serangoon Times

I’m very pleased to have been invited to interview in The Serangoon Times, an independent magazine that serves the Tamil community in Singapore, about my recent work on Karikal Mahal [read more about that here.]

The interview is in Tamil, a language I don’t speak, so I’ve cut and pasted the original English interview as text below the pages.

Join Raquez in the ancient salt producing region of Boten! 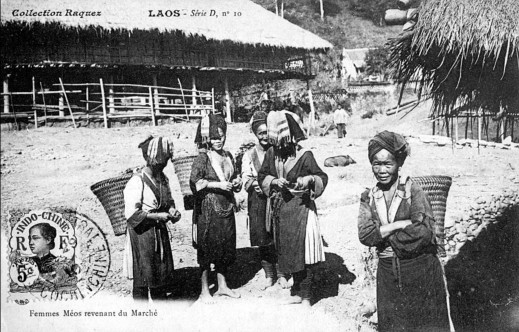 Join Alfred Raquez in his amazing adventure through Laos in 1905! In this dispatch, he’s in northern Laos en route to the salt wells of Boten, near the border with China.

The twenty-third dispatch from Alfred Raquez’s mission through Laos in 1905 is now online.

Join Alfred Raquez in his adventure through Laos in 1905!